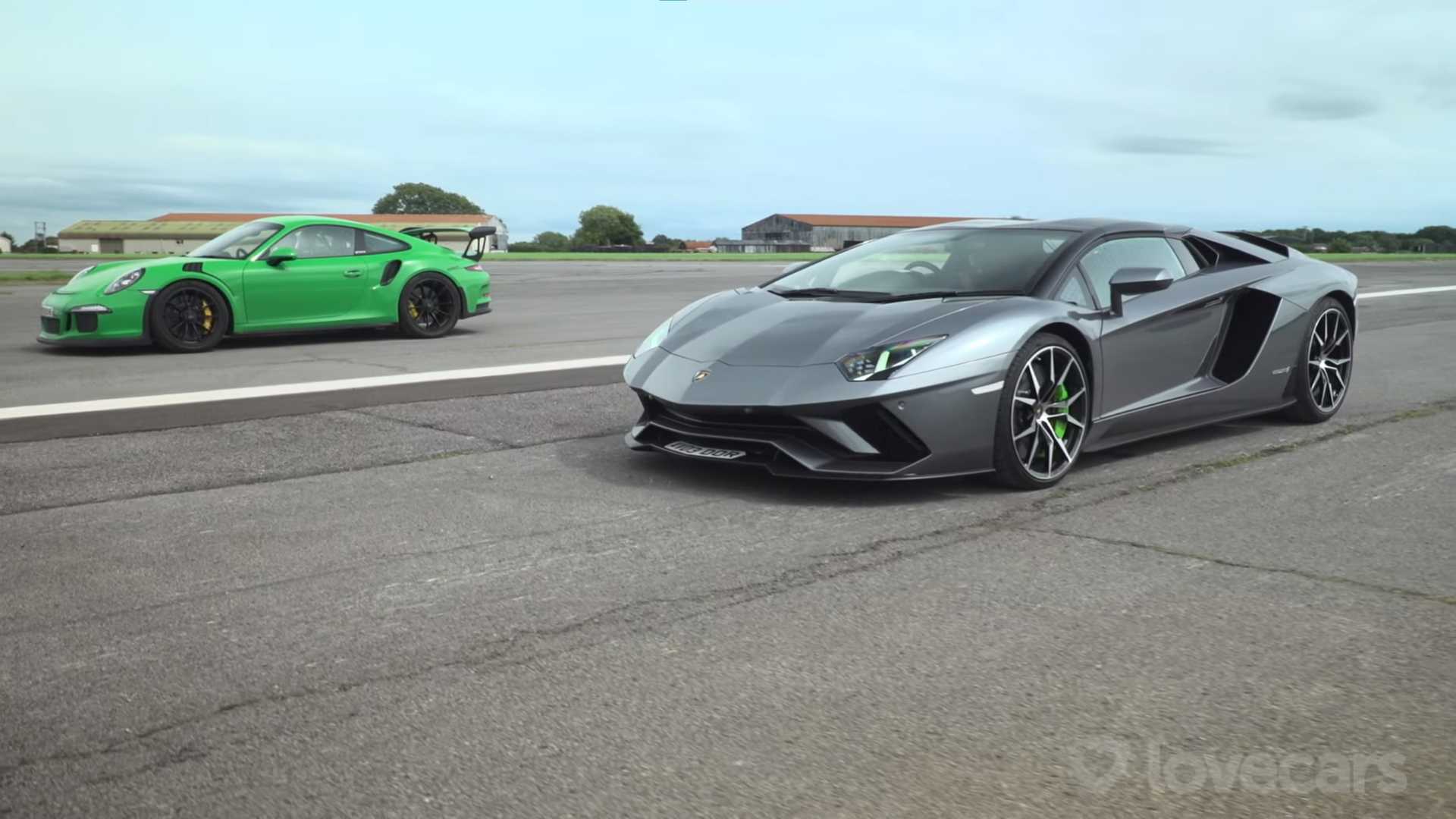 While some drag racing videos can be very complicated, this one is very simple. Lovecars’ latest video features a quarter-mile race between the Lamborghini Aventador S Roadster and Porsche 911 GT3 RS. However, before we start a massive war in the comments, let’s do the numbers.

Maybe you were expecting to hear about 0-60 figures, but as Tiff Needell – former British racing driver and Top Gear presenter – says in the video, automakers often measure those times in ideal conditions with a racing driver at the helm. Results depend on many more factors like tire compound, weather conditions, surface grip, and many others. So let’s talk proper numbers.

Keen readers may know that the Porsche is massively down on power compared to the Lamborghini – a deficit of over 200 horsepower (149 kilowatts). As the German competitor is tailormade to produce lap times, we’d be remiss not to mention that it’s out of its depth here next to the Aventador. But make no mistake, it tips the scales at 3,153 pounds (1,430 kilograms) while the Italian supercar measures out to over 3,400 lbs (1,542 kg).

When the flag drops, it’s clear that nothing can compete with 740 hp (551 kW) and all-wheel-drive. Both competitors leap off the line neck and neck, but soon afterward the Lamborghini’s V12 power propels it to an easy victory. Results aside, the GT3 RS produced a very respectable performance, completing the quarter-mile in 3.78 seconds at 121.8 mph, but couldn’t match the 3.33 second 126.9 mph run of the Aventador.

Sure, you could say that the video simply demonstrates the performance figures, but in this age of instant gratification, it stays to the point. We don’t doubt that a Porsche 911 GT2 RS would have been a much better competitor here, but as drag racing videos go, we couldn’t ask for much more.