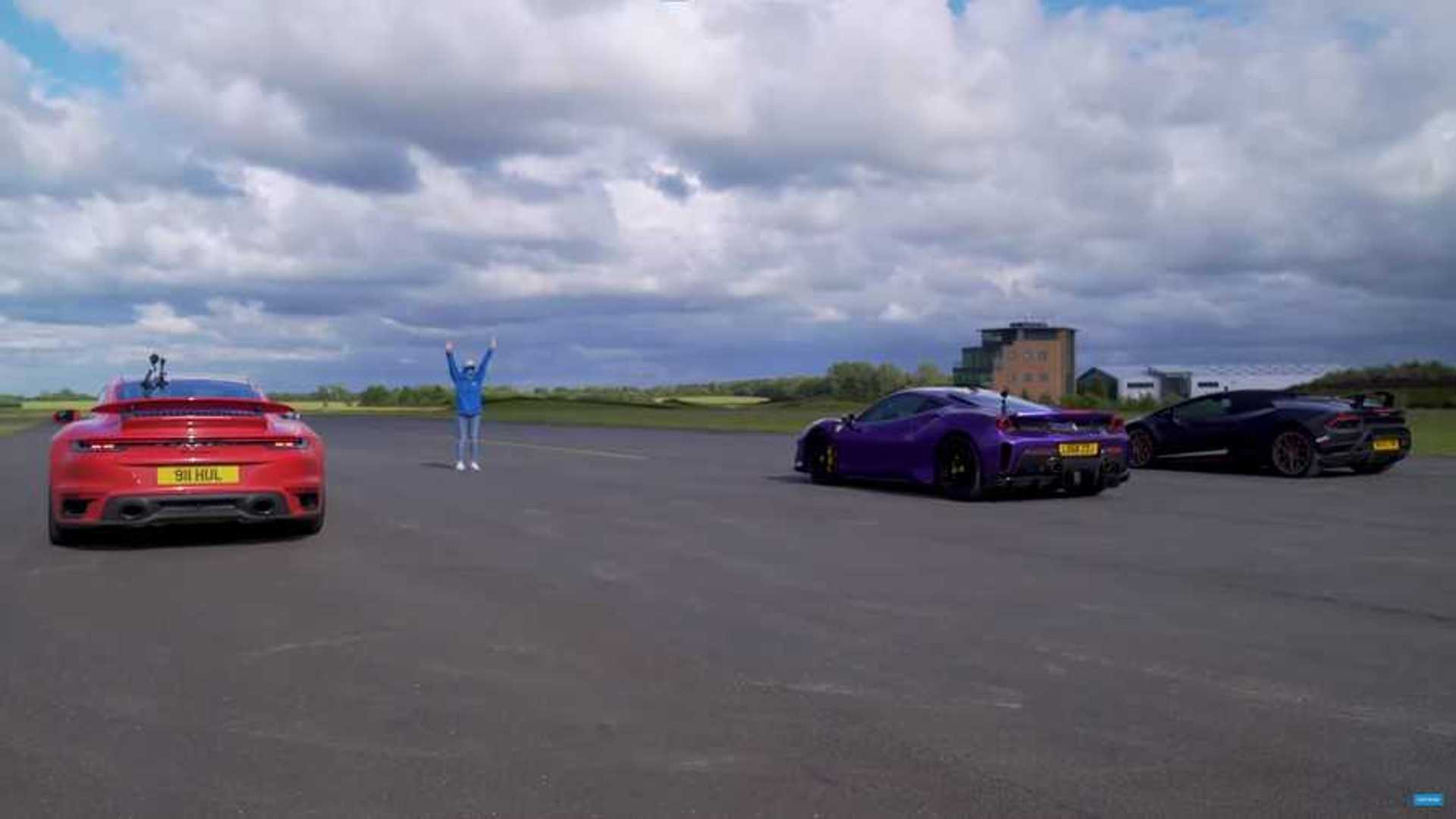 Mat Watson from Carwow is no stranger to driving some very special cars. As such, the team’s latest video is no exception, putting the Porsche 911 Turbo S up against a Ferrari 488 Pista and Lamborghini Huracán Performante Spyder. While the Porsche is undefeated in the drag-racing video series, it’s certainly up against some serious competitors this time around.

As Watson is armed with the latest and greatest 911 Turbo S, he has 650 horsepower (484 kilowatts) and 590 pound-feet (800 Newton-meters) of torque on tap. While the Ferrari puts down 720 hp (536 kW) and tips the scales lighter, it’s rear-wheel-drive power distribution puts it at a big disadvantage at the start. Meanwhile, the Lamborghini has all-wheel-drive just like the Porsche, but slightly less power.

From the first hit, it’s clear that the 911 remains unbeaten in the standing quarter-mile. It’s off-the-line traction slingshots it to an easy advantage that it can maintain throughout the run. Watson said it himself that Porsche’s launch-control system combined with its PDK gearbox is a force to be reckoned with in a quarter-mile situation. However, we don’t doubt that the result might have been different given a half-mile scenario.

While the Lamborghini and Ferrari couldn’t cut the mustard in the initial drag races, we’d be remiss not to mention that they do sound quite a lot better than the German competitor. You could argue that the 911’s turbocharged powerplant mutes the exhaust note, but the Ferrari is boosted as well. Even so, the 488 produces a spritely sound next to the bombastic roar of the V10 Lamborghini.

It wasn’t initially successful, but the Ferrari’s featherweight performance propelled it to victory in the rolling race and braking test. Sure, it’s grunt would have provided a massive advantage, but things were much closer in the brake test; when it came to dropping anchor, the prancing horse’s massive carbon-ceramic brakes provided a narrow margin of victory over the Porsche which tips the scales at 1,640 kilograms (3,615 pounds) compared to the Ferrari’s 1,385 kg (3,053 pounds).

Semantics aside, it’s always a good day when cars of this caliber can misbehave and stretch their legs on a runway.