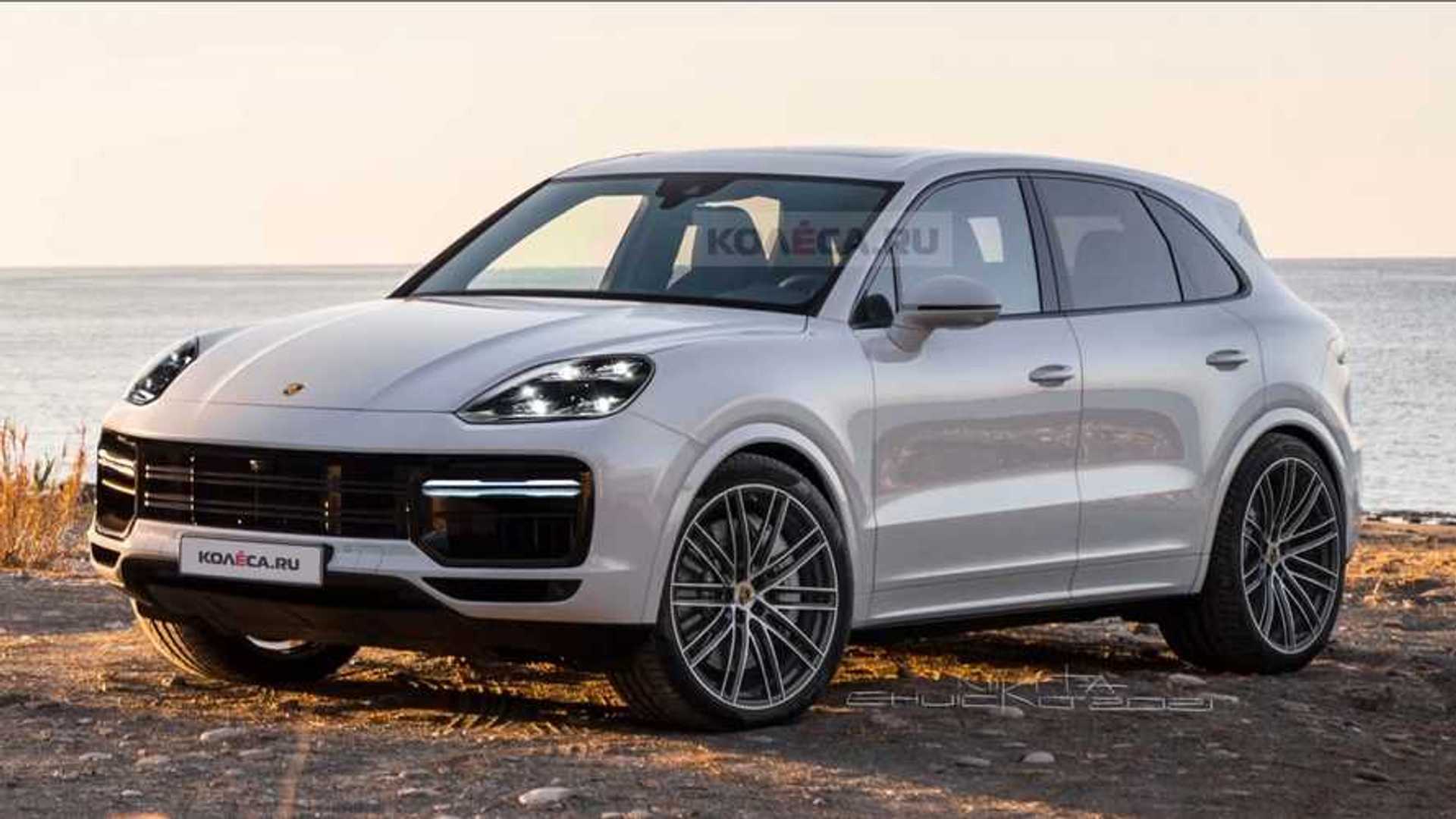 The third-generation Porsche Cayenne arrived for the 2019 model year in the US, introducing a thoroughly updated SUV to the market. However, new spy photos from yesterday caught Porsche out testing the updated version uncovered completely, providing our first look at the refreshed model. Now, our friends at Kolesa.ru have taken the sneakily camouflaged Cayenne and turned it into a pair of renderings that preview how the new SUV will look.

The spy shots showed a test vehicle with some clever coverings hiding new headlights, though there was a lot still covered at the rear. The renderings show a Cayenne that doesn’t look too different from what’s on sale now. The renderings preview the SUV’s updated headlight design, tweaked grille, and other modest changes made to the front, like the revamped bumper and fender designs needed to accommodate the new headlights. The hood also looks a tad sharper compared to the current SUV.

The rear is a bit more of a mystery. The spy shot showed placeholder taillights while covering the full-width element under some black cladding. Much of the rear looked new in the shots, with a new liftgate moving the license plate location lower. It’s unclear if the new taillights will adopt a completely new design or evolve from the current look. The rendering imagines an evolution of the current taillight design, including the full-width element, sporting a familiar look.

The renderings, which fail to show off the interior, preview a stately SUV that looks ever so slightly more sporty than the outgoing model. The interior will likely receive modest upgrades – new software and larger screens are possible – while the powertrain lineup will likely remain unchanged. The renderings show Porsche’s reserved redesign for one of its most popular models. The Cayenne was the company’s global sales leader last year.